ELLENSBURG — An Ellensburg man must serve nearly five years behind bars for swindling customers out of hundreds of thousands of dollars for unfinished construction jobs that often left homes in worse shape than when he started. 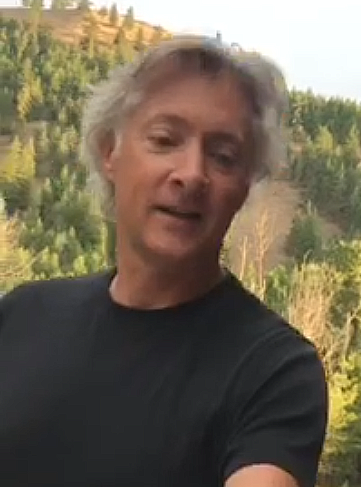 The judge also ordered the 61-year-old to repay victims in the criminal cases nearly $950,000.

“This is close to being one of the worst types of theft this court has seen,” Hooper said at the hearing. She later added, “At this point, society needs to be protected from people who run scams such as this.”

“This is hands-down the biggest contractor fraud case we have ever seen,” said Steve Reinmuth, L&I’s assistant director of Field Services and Public Safety.

L&I’s investigation found that Mulinski frequently worked as an unregistered contractor in violation of state law, failed to finish homeowners’ construction projects, used other contractors’ registration numbers, and misled customers from the spring of 2017 to the spring of 2020 in Kittitas and Yakima counties. Total consumer losses ran into the millions of dollars.

“Most contractors follow the rules, register with L&I, and protect their customers with insurance and a bond,” Reinmuth said.

“But when a contractor lies, steals hard-earned homeowner money, and runs away from the work they promised to complete, L&I makes a point of working with law enforcement and prosecutors to hold them accountable.”

Many of the victims had filed insurance claims for damage to their homes. Mulinski would tell customers to pay him directly and let him handle their insurance claims to get reimbursed. However, Mulinski didn’t work with the insurance companies as promised, instead billing the homeowners for far more improvements than the insurers would cover.

In one of the L&I cases that resulted in a theft charge, an Ellensburg couple hired Mulinski in June 2019 to repair water and wind damage that their insurer initially estimated at just under $26,000.

After Mulinski told the couple he would handle discussions with their insurer, they eventually paid him an additional $160,000 for work that he said was needed but that he never completed, according to the L&I investigation.

In another L&I case that resulted in a theft charge, a 94-year-old woman paid Mulinski more than $155,000 of her insurance proceeds to repair storm and water damage to her Cle Elum house in 2017, plus $12,000 for new windows.

Mulinski never finished the projects, but the small amount of work he performed was so poor she paid another contractor more than $167,000 to complete the jobs and repair the damage.

Among the challenges were the many aliases Mulinski used, including Muchlinski, Mulniski, Mulchinski, Malinski, Mulindi, and others. He operated under a lengthy list of business names, as well, including Key Home Services, Ridge Construction, Sunrise Quality Construction, Northwest Roof Restoration, and D&J Construction.

He owes L&I more than $182,000 in fines for contractor registration infractions; more than $125,000 in delinquent workers’ compensation insurance premiums, and more than $39,000 in unpaid wages for his workers.

This is not the first time Mulinski has faced fraud charges. In 2011, he was sentenced to five years in federal prison and ordered to pay $138,000 in restitution to victims in Montana while operating as a roofing contractor.

He was released in early 2017, the same year he began working as a contractor in Central Washington.

Here’s a video clip of John Mulinski being served with court papers in a lawsuit filed by his customers.

State law requires construction contractors to register with L&I, which confirms they have a business license, bond, liability insurance, and meet other requirements. When consumers hire registered contractors, they have some financial recourse in case of problems. To check if contractors are currently registered with L&I, go to ProtectMyHome.net or call L&I at 1-800-647-0982.